The goal of the CIA brand redesign was to boost the brand’s appeal to a more diverse group and to encourage more applicants “from people of all backgrounds and walks of life.” According to Associated Press, “while the CIA has been diversifying for years, intelligence agencies still lag behind the federal workforce in minority representation.” 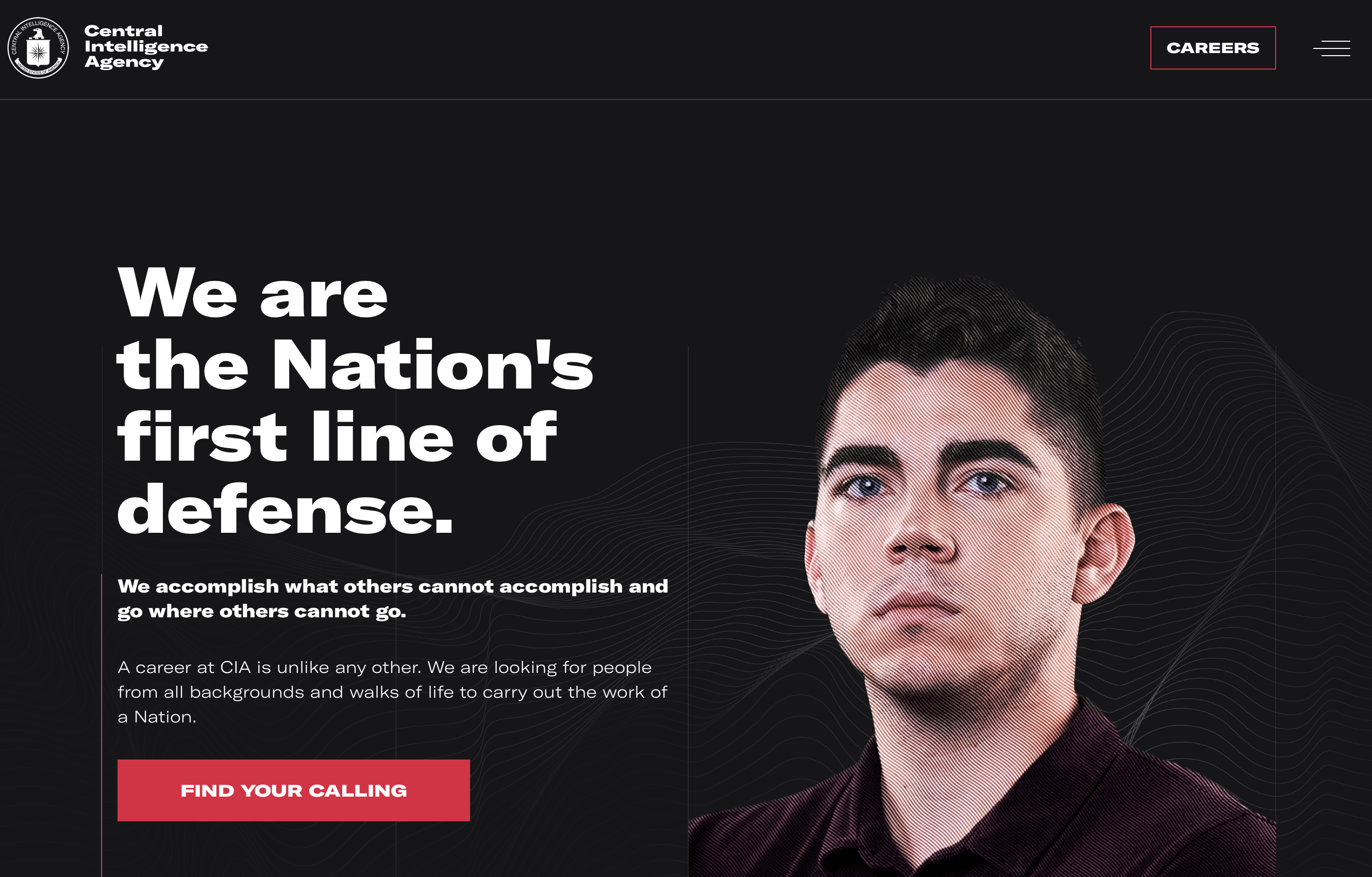 The number of people of color included on their website has been dramatically increased and prominently featured. No disagreement here; this is a valid reason for a rebrand, especially for a government agency that has felt old school and out of touch. What has inspired all the hilarious memes is the unfortunate choice to make the CIA look hip and cool through the use of ultra thin line patterns forming topographical contours. The design has been mockingly compared to Joy Division’s Unknown Pleasures album cover, the online music broadcasting platform “Boiler Room,” and a Mutek music festival poster, among others. Appearing more like a techno music party than how they describe themselves: “the Nation’s first line of defense. We accomplish what others cannot accomplish and go where others cannot go,” the design treatment fails miserably.

If you can look past the trendy wavy line patterns, you can see a real effort to make the CIA appear more engaging, relevant, and modern. The seal has lost all its color and is now black and white, which makes some sense. The new identity is bolder, using black and white with red accents. With all this effort, I wonder why they didn’t redraw the eagle to be stronger, improve the type, and perhaps modify the star to be less fussy. In addition to the emblem, there’s a new “logo.” It also makes use of the wavy techno lines, which only detracts from the smart use of the letters “CIA” . It’s not clear yet how they will be using this logo.

The new typography is all about being bold, tight and in your face. The fonts, GT America Extended for the short and long wordmarks, GT Sectra for headlines, and GT America Mono for captions, was probably an easy sell to a government agency: “we’re recommending a font called AMERICA.”

None of the use of typography is necessarily inspired, but it is well designed, which is better than most government branding. Yes, it’s trying too hard to be cool, and it’s easy to mock because it’s the CIA, but it’s not awful. Overall, the design accomplishes most of the goal, but I think they took made a strategic error in trying to be “cool.” I would rather have seen them embrace their bad ass selves with a full-throttle, dead serious identity that positioned them as the ultimate authority spy agency instead of a millennial brand. That probably would have avoided all the mockery.

WTA launches new logo design. Good move but is it a game winner?